Life, Matter And Their Interactions

Product added! Wishlisted
The product is already in the wishlist! Wishlisted
Category: Science and Spirituality

The rapid advacements in science and technology have enabled us to penetrate more deeply into the subatomic world, and into the world of the living cell. Molecular biologists have unfolded many secrets behind various life processes such as the human genome. But are we now in a position to answer the question, ‘what is life?’ as raised, over sixty years ago, by Schrödinger, the well-known quantum physicist? Is life an outcome of the evolution of matter, or is it a fundamentally different entity altogether? How do we explain various phenomena such as consciousness, free will, love, purpose, beauty. etc., which seem to be beyond the mere interaction of biomolecules? On the other hand, if life is beyond matter, in what ways does it interact with matter, and what laws does it follow? In this unique volume, the author closely re-examines the finer characteristics of the life and matter, and their interactions. He explains that the present-day physical laws seen quite insufficient to account for the many features of life. Drawing insights from the ancient Vedantic texts, he presents an alternative view of life beyond molecules. This volume may serve as a useful resource for all those interested in delving deeper into the understanding of life.

Dr. T. D. Singh (His Holiness Bhaktisvarupa Damodara Swami) has a unique background. He is a scientist with a Ph. D. In Physical Organic Chemistry from the University of California, Irvine, USA, as well as a spiritualist in the Bhakti-Vedanta tradition of India. He has authored and edited a number of books on science and religion, including his famous dialogue with Prof. Roger Penrose: Science, Spirituality and the Nature of Reality. He is the International Director of the Bhaktivedanta Institute and has been one of the pioneers in advancing the dialogue between science and religion over the past three decades.

Extracts from the book:

“An enormous gulf lies between the few simple chemical facts known as DNA and the actual functioning of a cell.” Let’s closely examine this!

“Many people think that by cloning we can have a kind of biological Xeroxing. But” Read more!

“The interaction of life with matter ultimately depends upon” Upon what? Discover it in this book!

Be the first to review “Life, Matter And Their Interactions” Cancel reply 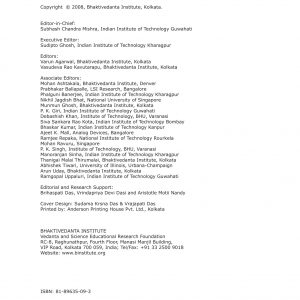 Scientist & Saint : An introduction to the life and work of Dr. T.D. Singh (His Holiness Bhaktisvarupa Damodara Swami)

₹95
Scientist & Saint is an inspiring introduction to one of the most outstanding pillars of the science-spirituality dialogue, Dr. T. D. Singh (His Holiness Bhaktisvarupa Damodara Swami). His unparalleled effortsRead More

Add to Wishlist
Product added! Wishlisted
The product is already in the wishlist! Wishlisted
Hot 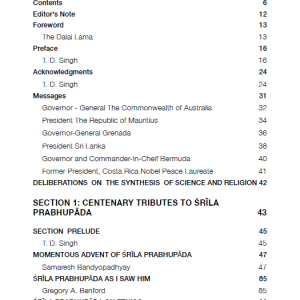 Thoughts on Synthesis of Science and Religion 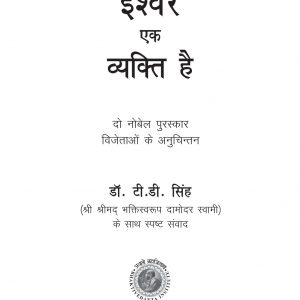 God Is A Person – Hindi 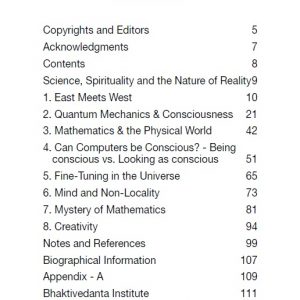 Science, Spirituality and the Nature of Reality God Is A Person