LIFE And ITS ORIGIN – Exploration from Science and Spiritual Traditions

Life and its origin – Preview Copy

a) Werner Arber, Nobel Laureate in Physiology or Medicine, University of Basel, Switzerland

d) Chandra Wickramasinghe, Professor and Director of the Buckingham Centre for Astrobiology, University of Buckingham, UK

i) Robert Mann, Professor of Physics, University of Waterloo, Canada

2) Brief Description about the book

The marvellous exhibition of various life forms on earth has always delighted the minds of the scientist, theologian, philosopher, artist, poet as well as every thoughtful person. The age old quest to understand life and its origin seems to be of utmost importance to understand the meaning and purpose of life. Thus, the inquisitive minds of humans are ever increasingly seeking definite answers and explanations about life and its origin. Realizing the need for a synthesis, through dialogue between the leaders of scientific and spiritual traditions, Dr. T. D. Singh, also known as Srila Bhaktisvarupa Damodara Swami, initiated major conferences and seminars to bring noted scientists, philosophers, modern intellectuals and spiritual leaders on a common platform for open dialogue. He also held numerous science-spirituality dialogues personally with many prominent scientists, including several Nobel Laureates. One of his major efforts was the Second International Congress on Life and its Origin in Rome during 12-14 November, 2004. This book is derived from that conference. Dr. Singh was working on these articles and was inviting other articles from authors of various disciplines. As the development of this book was enthusiastically progressing, Dr. Singh left this planet and was called to a different world in 2006. This valuable work was resumed by the current editorial board and by his blessings it has been successfully completed. Topics of this kind are as fresh as ever, nourishing the mind and the soul. We hope the book will enable the readers to appreciate multidisciplinary approaches highlighting the multidimensional aspects of life and will lay the foundation for the complementary approach of science and spirituality in the quest to understand life and its origin.

Quotes from the book

“Conditions for life must first be arranged before living organisms can exist and proliferate.” – Werner Arber

“One can understand how some simple proteins may be synthesized from amino acids, but there is no understandable model for self-replication of proteins ” – V. V. Raman

“Could the environment somehow be selectively driving evolution and if so could it be that evolution, at least at the molecular level, is more Lamarckian than it is Darwinian?”

“The formation of the first fully-functioning, self-replicating life system with the potential for Darwinian evolution is riddled with the difficulty of beating super-astronomical odds and still remains an elusive concept. “ – Chandra Wickramasinghe

“What may be less well known is that DNA is, by itself, an essentially inert substance. It is no more than a set of coded instructions … When it comes to implementing the instructions, DNA can do nothing by itself.” – Christian de Duve

“… the natural sciences are not competent to express their views on the beings or realities related to the spiritual world because no notions characterizing the matter can be applied there.” – Mikulas Blazek

“A team of geologists … came to Hueyatlaco to date the site. … converged on an age of about 250,000  years for the site. The archeologists refused to consider this date. They could not believe that humans capable of making the Hueyatlaco artifacts existed 250,000 years ago.” – Michael A. Cremo

“The phenomenon of development—how a onecelled embryo develops into an adult organism with differentiated organs seems to be beyond the purview of a materialist biology.” – Amit Goswami

“It will be a good research field to study how the conscious energy is transmitted from the spiritual soul, ‘spiriton’ to the brain.” – Dr. T. D. Singh 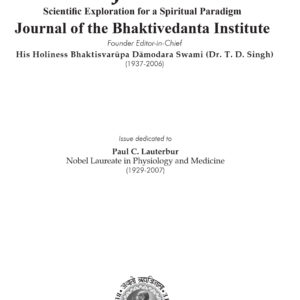 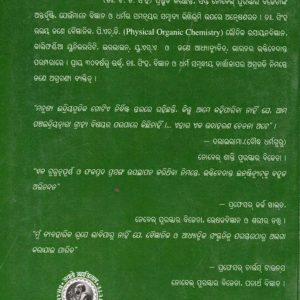 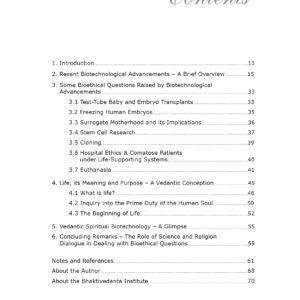 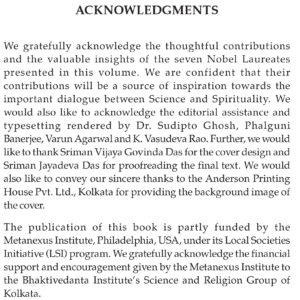 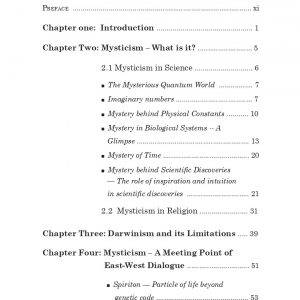